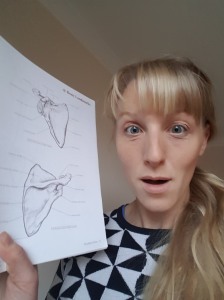 Earlier this week, I was almost knocked off my feet, when it struck me how similar the scapula and iliac bones are. It made me wonder, could these wing-like bones at the back of the shoulders and pelvis respectively, ever have originated from bones sharing similar function?

And what part does this play in movement & health today?

Taking a travel back through time, we need to go way back…. passed the beginning of bi-pedalism….. passed the evolution of placental land mammals…. to a time when there was undifferentiated use of the hind and fore legs, just after the migration from water to land 365 million years ago. It is at this point that the secret similarities of these bones begin to be revealed. 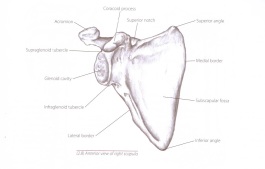 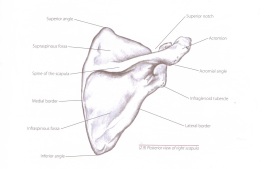 The scapula bones are the wing-like bones behind the shoulders. They play a key role in the shoulder joint providing the base to the ball and socket joint, where the head of the humerus attaches. 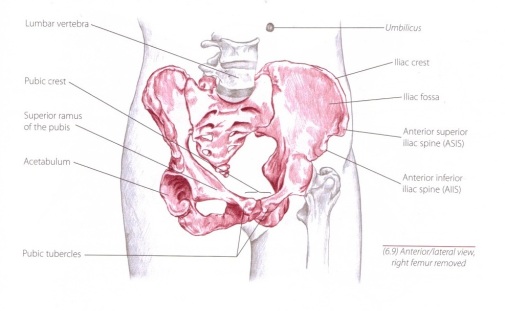 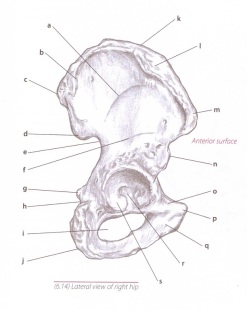 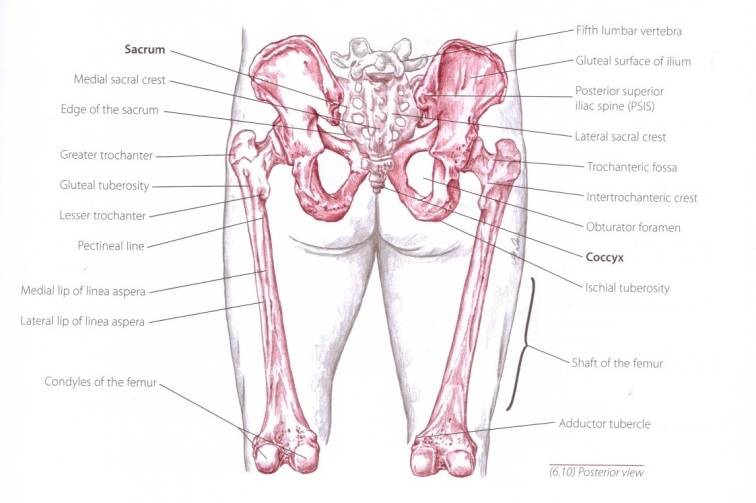 The bowl of the pelvis is made up of 3 sets of bones, the iliac bones (forming the back of 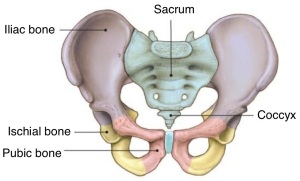 the bowl), the pubic bones (forming the front), and the ischial bones (at the base). These bones, which are originally connected by cartilage, fuse at the age of puberty. We then refer to the whole complex as the hip bone made up of 3 parts.

The lower part of the iliac bones form the upper section of the socket within the ball and socket joint of the pelvis, where the head of the femur attaches.

You may be able to feel at the front sides of your hips two bony areas, the ASIS (anterior superior iliac spine), these are the front part of the iliac wings, and the attachment point for the inguinal ligament, stabilising the front pelvic bowl, and the muscles sartorius & iliopsoas, which activate in leg movement.

The top back of the iliac bones run like two big elephant ears forming the back wall of the pelvis, and meet the sacrum at the sacro-iliac joints. These joints are at the base of your lower back where the spine (sacrum) meets the pelvis. Strong ligaments connect across the sacroiliac joints, bringing stability and strength, whilst still allowing micro movement.

Looking back in time

Taking our time travel back 365 million years ago, with the development of limbs and migration onto land, one of the key factors for adaptation was developing a skeletal structure able to move within the gravitational force unsupported by water.

Acanthostega, a lizard like creature, shows this early development of the girdle bones from which the limbs attach.

Looking at these bones of Acanthostega, we see the early components of the pelvis, and similarly of the shoulder girdle with the scapulocoracoid and clavicle.

Through evolution from fish to tetrapod, parts of the shoulder girdle, the cleithrum and anocleithrum reduce and later disappear, along with a unattachment of the clavicle bone from the cranium opening up neck movement and an increase in stride length and mobility at the front girdle.

Alongside, the scapula expands and extends across the shoulders towards the spine, with muscular attachment with the spine providing stability to withstand gravity and compression forces in locomotion.

These changes are beautifully shown in a paper written by Hogervorst et al. 2009.

These evolutionary developments of the scapula and iliac bones provide structural support at the girdles from compression forces through the limbs perpendicular to the spine.

In human movement and anatomy today, these adaptations play an important role with activities involving pushing or contact through the limbs perpendicular to the spine.

In martial arts, linear strikes forward are supported by the scapula behind the shoulder girdle, with additional strength and stability accessed by contracting the rhomboids and locking the scapula down the back.

Fascinatingly we can conclude:

If you are exploring a similar field of movement research or have further insights in palaeontology, health or anatomy to share, please be in touch by emailing info@expressionofhealth.co.uk or adding a comment below.

References:
– Anatomy sketches for the scapula and iliac bones from the book “Trail Guide for the Body” by Andrew Biel.
– “Vertebrate Palaeontology” – M. Benton
– “Evolution of the Hip and Pelvis” – Hogervorst et al. ACTA ORTHOPAEDICA SUPPLEMENTUM NO. 336, VOL. 80, 2009